A Life of Deep Discernment 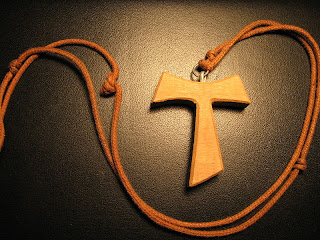 God blesses us in many ways, especially through our children. The following guest post is from my daughter Jeanine Kraybill.
If one searches the word ‘discernment,’ you can find many varying definitions. Some sources categorize discernment, such as ‘spiritual discernment,’ or ‘Christian discernment.’ In reflecting and praying on my own discernment and reading through what others have written about the subject, I have realized that discernment is something deeper and longer than one might think. Sometimes the need for discernment does require us to act with speed, so we say a brief prayer and hope the particular situation demanding our attention at the time works out.


However, even though I have encountered such scenarios many times in my own life, quickly grabbing my rosary beads to offer up an intention, I realize that there has been a particular issue I have been discerning since childhood. From a very age I have had a yearning. I almost can’t quite explain it, except for the fact that I know it is a call from God and a deep feeling of wanting to be closer to him and reconciled to myself. Sometimes this yearning is so bad that I actually feel a physical burning in my chest and sometimes, I am absolutely moved to tears and weep. This has happened actually several times before I receive communion or while I am sitting in mass. Sometimes this yearning drives to me to solitude, where I can close my eyes and feel a profound since of God, especially when I am sitting in Adoration. So what is this yearning?


As a child I can remember going out to my back yard with a bible my Mom gave me and a Church song book and sitting by myself reading and singing. As my adolescence progressed my faith never left me, even though sometimes through my actions, I left it. Yet, this yearning, this feeling with not being satisfied with the world has always existed. At times this pain of discernment has lead me actually to do things I hate and the feeling of not being able to forgive myself and feeling unworthy sets in, which I am learning in some sense, is my own pride and false ego. I know it is important for us to be reconciled to ourselves and in a strange way, I truly think this is part of the discernment process, because in order to know God’s will, we must die to ourselves, so that we can clearly hear him, see him and know him and then act in good faith in what we are being called to do. This is peace. Peace will not ascend down up on us, we must choose to accept it—this is also what I am learning through this deep discernment.


Along with my strong Catholic upbringing, as a teenager, I was very fortunate to attend an all girls Catholic high school. I was highly influenced by several of the Franciscan sisters there and spent a great deal of time with them, evening staying the night at the covenant on occasion. My Mother had also had a great devotion to St. Francis, so I always grew up having him as my favorite Saint. I recall for a short period of time during my high school years of thinking about becoming a nun myself. However, as high school progressed and the college years set in, life took a different course. However, I still feel this yearning, this call, this “thing,” I have been discerning my whole life. I am not of this world in the since that its material possessions in the end are not all together that satisfying to me. I’ve tried to fill my round whole with many square pegs, such as pursuing several degrees, buying unnecessary material goods, being possessive with my so-called possessions, over drinking on occasion, trying to control my life and worrying about it and planning every detail of it to excess, but in the end, I am still hungry, I am still yearning to be free, joyful in the Lord and in full communion with him.


So again, I have come to an understanding that discernment is never ending. That we are called to holiness and saintliness (which doesn’t mean being perfect, remember that many of the saints struggled and were great sinners, but the difference is they embraced it, were reconciled to the Lord and themselves, overcame it and used their gifts for the greater glory of God). What that means is that in our path to being holy and like the saints, we fall each day, but we get up, we work on our weaknesses, and we ask the Lord what he wants of us and ask him to lead us that way. We follow our own goodness. Sometimes this way will be painful, dealing with one’s self sometimes is, but we cannot settle for the mediocrity of this world or the mediocrity of ourselves. We must strive to be whole, to be healed and to be reconciled with the Lord, with ourselves and others. We must be of service and die to ourselves. St. Francis was able to capture the true essence of this. He was the son of one of the wealthiest men of Assisi and strove to be a knight during the Medieval Age, when lofty titles of the world (as still now) were a sign of status and significance. He left this to be insignificant, essentially living the words in John 3:30, “He must increase, but I must decrease.” Pope John Paul II captures this when he stated,


“Young Francis was called by his friends the king of parties, because he was available and generous, brilliant and likeable. Humanly he could have had many reasons to be happy yet he was missing something. He abandoned it all when he found what he needed most. He met Christ and discovered true happiness. He realized that one can only be happy by giving one's life for an ideal, building something enduring in the light of the demanding counsels of the Gospel.


Dear young people, many false teachers point out dangerous ways that lead to fleeting joys and satisfactions. Today expressions of our culture are mired in superficiality. Dear young people, in imitating Francis and Clare, refuse to sell your dreams too cheaply! Dream, but in freedom! Plan, but in truth! “


So, let us now not sell ourselves too cheaply for the things of this world, but discern what we are to do with our gifts and talents. We are all called, we all have purpose. Let us not be lead by the false teachers of the world, such as the icons of pop-culture or the politicians of today, but by the Holy Spirit, so that we may experience this deep discernment, which is a burning for full communion with God and reconciliation to him, to ourselves and others. If we are willing to be open, to die to ourselves and be of services, then we are living a life of this deep discernment and peace will become our path. This is my ongoing goal, my on-going discernment and when I fall, with the Lord’s help, I will be picked back up and try again.

A beautiful reflection. May that yearning always stay with her.
God bless you both.

Excellent post! Your daughter obviously reflects deeply on God and the human condition. Please thank her for sharing her thoughts with us!

Oh my goodness what a beautiful piece of writing, of unlocking the thoughts deep inside and giving them so freely to us. The apple falls not far from the tree. God is working through you just as He works through your Mother. Thanks. k

Thank you for sharing these beautiful thoughts, Jeanine! How fitting that you would reflect on the life of St. Francis so close to the date of his death. All rich blessings to you as you continue to discern your place in God's plan!

It's so good that your daughter contributed to your Blog.

God bless you both and your families.

Wonderful, glorious (in the true sense of the word!) post! You are so blessed, DG, to have a daughter whose heart is so deeply God's - but I guess you knew that already...

'However, I still feel this yearning, this call, this “thing,” I have been discerning my whole life.' Oh, beautifully put. It doesn't go away, ever, does it, Jeanine?