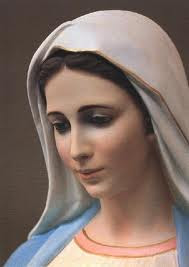 FROM MEDJUGORJE
Josip ElezSon of Medjugorje Visionary Ivanka
Reverend Svetozar Kraljevic, ofmPriest from St. James, Parish
FROM THE UKRAINE
Valentyna Pavsyukova She brings many doctors and medical students to Medjugorje for life-changing retreats
Dr. Alexandra ZagorodniaShe will give testimony of her conversion while on retreat in Medjugorje

Reverend Kerry Beaulieu is pastor of Our Lady Queen of Angeles Church, Newport Beach, CA In addition to serving in five parishes he has taught at St. John’s Seminary in Camarillo, CA and was vicar for priests for the Diocese of Orange from 1999 until 2004. Father is an elected member of the Council of Priests and active in Worldwide Marriage Encounter as a team priest. His first love is parish life and the call of the parish to be an Evangelizing community.

Tajci Cameron is a singer/songwriter and inspirational speaker from Croatia. She and her husband and producer, Matthew, developed a unique model of narrative concerts that have seasonally aired on EWTN and TBN and are available on DVD and CD. With her “iDoBelieve” concert series, Tajci performed over 900 events including 2006 Youth Day in Medjugorje for over 30,000 people. Previously she performed at Madison Square Gardens and Carnegie Hall in NY. Presently she and her husband live in Cincinnati with their three young sons.

Michael Crotty, raised in a devout Catholic family in San Francisco, was lured by the excitement of crossing moral boundaries and soon became addicted to crack cocaine. After countless failures in rehab facilities, he traveled to Medjugorje with his father. There, in an encounter with the Gospa, he found the courage to enter Comunita Cenacolo a unique rehab community in the village. While recovering, he helped other young people save their lives by facilitating their entry into the program.

Reverend Patrick Crowley, SS.CC., is a member of the Sacred Hearts Community and resides in Hemet, CA. He also is a member of the Association of Christian Therapists and active in Healing Light Ministry. A respected Retreat Master, Father has ministered for his Community in foreign countries and counsels women seeking healing from abortion. He is the Spiritual Director for the Irvine Medjugorje Peace Conference.

Reverend Timothy Deeter was born and ordained to the priesthood in Chicago. For the past fifteen years he has ministered in Perth and Sydney, Australia in the areas of liturgical music, vocations discernment, young adult ministry and World Youth Day 2008. In Perth, he is pastor of St. Paul’s Parish and chaplain of Edith Cowan University. His visits to Medjugorje led him to avidly promoting devotion to Our Lady and the need to live her messages. Father is a dynamic and resourceful speaker.

Josip Elez was born in 1990 in Caplina, a village close to St. James Church in Medjugorje. His mother, Ivanka, is one of the six Medjugorje visionaries. When at home, he is graced to be present during the Gospa’s annual apparition to his mother on June 25. His family earnestly endeavors to live the Gospa’s call to conversion through prayer, fasting, the Sacraments and peace. Their family rosaries are offered for families around the world. Josip currently, attends Irvine Valley College in California.

Reverend Joseph Grbes, OFM was born in Rama, Bosnia-Herzegovina. He joined the Franciscan Order in 1986 and studied in Bosnia-Hercegovina, England and the USA. He presently serves in Chicago as Pastor of St. Jerome Croatian Parish, while continuing his post-graduate work in pastoral theology at the Catholic Theological Union in Chicago. A young man when the Medjugorje visions began in 1981, Father has studied Our Lady’s messages and encourages all to respond to her urgent call to peace and frequent confession.

Reverend Svetozar Kraljevic, OFM of St. James Parish in Medjugorje has been closely involved with the reported apparitions there. He has written two books that give clear spiritual insights into what has become the spiritual event of our time. Father “Svet” is loved and admired for his efforts in maintaining Mothers Village, which provides a home, school, and medical and dental care for orphans and single mothers, and for assisting other homeless families. Father also devotes many hours almost every day to hearing confessions.

Monsignor James Lisante is pastor of Our Lady of Lourdes Parish in Massapequa, NY. While devotedly guiding the faith of his parish congregation, he often can be seen on Fox News Channel and ABC Eyewitness News defending Catholic ethics on right to life for the unborn, faith and family relationships. Monsignor has originated a TV show for PBS called Close Encounter in which he interviews screen stars and sports figures who express their joy in actively living their Catholic faith. His delivery is highly stimulating.

Reverend Doug Lorig is Pastor of St. Maria Goretti Parish in Scottsdale, AZ and has been the Spiritual Director for the Arizona Mir Center for 20 years. He was an Episcopal Priest until 1979 when he, his wife Nancy and their four children converted to the Catholic Church. He was ordained to the Priesthood of the Catholic Church in 1984, through the Pastoral Provision of John Paul II, which has allowed more than a hundred such ordinations. He and his wife have 15 grandchildren.

Most Reverend Dominic M. Luong was born in Vietnam. In 1958, he emigrated to the United States where he continued his seminary studies in Buffalo, NY and in 1966, was ordained a priest. He eventually was incardinated in Archdiocese of New Orleans where he served as the Director of National Center for Vietnamese Apostolate. In 2003, Pope John Paul II appointed him Auxiliary Bishop of Orange, California. His motto is, “You are strangers and aliens no longer” (Eph. 2:19).

Chris Mattson is Mistress of Ceremonies for this Conference. Chris holds a Master’s Degree in Theological Studies from the University of Dallas. For 17 years she worked for the Diocese of San Diego, CA. including several years as diocesan pro-life coordinator She is an Oblate of the Order of St. Benedict and is active in prison ministry. Chris has been married to Eric for 38 years; they have three grown children. She made her first pilgrimage to Medjugorje in 1988.

Valentyna Pavsyukova, upon moving to the USA from the Ukraine—a communist regime disavowing God’s existence—she underwent conversion, becoming a Catholic. Dedicating her life to serving God, in 2007 she and friends founded Chalice of Mercy nonprofit group working to protect the dignity of life from conception to natural death and to aid poor Ukrainian people. She brings Ukrainian physicians to retreats in Medjugorje. Many, upon returning to Ukraine, return to their faith determined to protect life at all its stages.

Connie Salazar of Irvine, CA is an accomplished vocalist and recording artist. Because of her inspirational voice, she is invited to cantor at local diocesan liturgical celebrations and to sing for religious conferences throughout the United States. Connie has produced three cd’s. Her music has been carried on a variety of Christian radio stations including EWTN, Vatican Radio, Indie Gospel Radio (Internet) and Ireland’s Highland Radio. Julianne Choi will accompany Connie on the piano.

Reverend Edward Sousa, Jr. wanted to be a successful Chef, marry and have children. He became that successful Chef, but Our Lady tugged at his heart, calling him to enter the seminary. Unsure of his vocation, he traveled to Medjugorje where he heard Father Jozo speak of the dignity of the call to priesthood. Our Lady led him back to the seminary and in 2003 he was ordained a priest for the Providence, RI Diocese. In thanksgiving to Our Lady for his vocation, Father Sousa has often returned to Medjugorje.

Spirit Alive Music Ministry is located in the Los Angeles Diocese and consists of Lisa and Richard Derleth, Docie and Tony Heim, and Suzie and Michael Wooldridge. They are a lively and deeply spiritual music group and recording artists who offer their music as an avenue of meditation and contact with God. Their Ministry performs at churches and conferences and has produced three CD’s. They will provide our conference music.

Dr. Alexandra Zagorodnia is Assistant Professor of Obstetrics and Gynecology at the National Medical University of Bobomoletz in Kiev, Ukraine. During a retreat in Medjugorje with 38 other doctors, she confronted the truth of the sanctity of life from moment of conception. Returning to Kiev, she re-evaluated her profession and discontinued recommending abortions. Now, happy in living the truths of her faith, she openly advocates protection for the child in the womb.


“I beg of you…to live my messages and relate them to whomever you meet.”
This conference is sponsored by the Medjugorje Peace Conference Committee. Conference organizers recognize and accept that final authority regarding apparitions rests with the Holy See.
http://www.medjugorjeirvine.org/

“Dear children! Also today, with hope in the heart, I am praying for you and am thanking the Most High for every one of you who lives my messages with the heart. Give thanks to God's love that I can love and lead each of you through my Immaculate Heart also toward conversion. Open your hearts and decide for holiness, and hope will give birth to joy in your hearts. Thank you for having responded to my call.” BVM , Medjugorje, 8.25.2012

This looks great. Are you going to the Conference? If you are, perhaps you'll tell us about it here.

Yes Victor, I have worked this at this conference for many years. I plan on sharing some of the happenings with all of you.

Thank you for stopping by. I haven't been as good a visitor lately due to my dads illness and family matters. You are always so great and keeping up with your followers...I need to be more like you in this respect.

Praying for your father and family, and for you too.