A Legacy of Faith 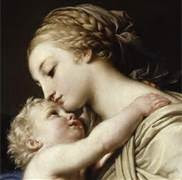 Mom has always had an insight as to what was really important in life and what wasn’t. One of her insights is to appreciate time well spent with those you hold dear, she calls it “making memories”. She says, “Later on in life Hun, it will be your memories that you look back on. Those memories can bring you great joy, even on a sorrowful day. So try and live each day as if you were making a wonderful memory.”
Mom is always right.


I recently lost my dad to cancer, and though my heart aches for him, I now understand why people call this time a “celebration of life”. So many friends, relatives and acquaintances have either, gathered together with us, called or written, all wanting to share the wonderful memories they have of their time spent with him.
Though their personal experiences with dad were all a little different, they all held a common thread. You see, they all mentioned that dad took the time to listen to them and that every time he gave any particular comment or piece of advice it brought them back to the realization of the love God had for each one of them.


Dad’s life was based on faith, and deeply rooted in the Sacred Heart of Jesus and his love for our Blessed Mother. He had a zeal to spread the good news of Jesus Christ and to share Our Lady’s messages from Medjugore.    This was his legacy to me, to my family, and to all whose lives he touched.
Last July, around this time, dad made his Consecration to Jesus through Mary, and though I had done this in the past, I renewed my consecration with him on August 15, the Feast of the Assumption, a memory I will never forget.

While doing a little studying up on St. Louis de Montfort during this time, I learned that he was brought up in France, in the northwest of the country called Brittany, which is known for his Celtic roots.


The Celtic warriors were notorious for their fighting spirit. Often they would wear nothing but blue battle paint, working themselves into a blood-thirsty frenzy and rushing into combat….These fierce fighting men, despite their lack of discipline, armor, and order, were extremely effective in battle because of their unmatched passion and ferocity.1
St. Louis’s dad, Jean Grignion, a descendent of these warrior, must have had some of this passion, for nobody wanted to mess with him either, and he passed this passion on to his son.  But Louis channeled his fiery passion into laboring for the greater Glory of God. He too had a zeal, a remarkable zeal that has brought, and continues to bring people to Jesus through Mary.2 This was his legacy to us all.


Have you ever wondered about what type of legacy you were going to leave behind, or what others would remember about you after you were gone? Well, I can’t honestly say that I ever had before now.
I will be renewing my Consecration to Jesus through Mary this month, and I just wanted to introduce you to a wonderful book that has been out for a short while called “33 Days to Morning Glory: A Do-it-Yourself Retreat In Preparation for Marian Consecration”. This book explains Marian Consecration in a way I can relate to like I never have before. Many people who have gone through the preparation for this consecration say that it has changed their lives. I believe it does too.


A life lived for Jesus through Mary…now that’s a legacy of faith to pass on!
1 and 2 33 Days to Morning Glory, Michael E. Gaitley, MIC
Posted by Daily Grace at 11:28 AM

A beautiful post and a beautiful tribute to your father.

Thank you so much Nancy!

I agree with your Mom and I always say "Make Happy Memories". You and others have great memories of your Dad. May he rest in peace.

Prayers for your Dad and Mom and your whole family ... for you too.

I'm sorry to hear about your father, Daily Grace. I will keep your family in my prayers. Your parents sound so loving and inspiring.

This was a beautiful post to read - full of hope and consolation. And, also, good advice to ponder. Thank you.

Thank you Vicki, he did on June 17th, the day after Fathers Day. My prayer had been that The Lord would allow me to be with him when he passed away, and my prayer was answered with "yes". I am most grateful for that!

I am so sorry to hear about the loss of your Dad, DG. Your post is beautiful and I'm glad you were able to be with him when he passed away. Prayers for all of you!

A very emotional post, DG, and I'm glad you have such great memories of your Dad.

Prayers for you and your family.

A beautiful tribute to your father and Jean Grignon. Thank you
Keep up the good work you do a beautiful job

What a beautiful tribute to your beautiful father and man. My deep sympathy and prayers for you and your family.

Love and Be Loved said...

Cherishing moments with loved ones is so important. Thank you for this post. Prayerfully, Amy

Thank you Mary and Michael for your kind words. I appreciate your prayers.

I thank you for your prayers and kindness.

I'm glad you stopped by.

Love and Be Loved,

The title of your blog speaks volumes.

Cherishing moments, making everyday a memory is so important.
Life is a gift to be treasured.

Thank you for visiting!