Motherhood, A Vocation of Life 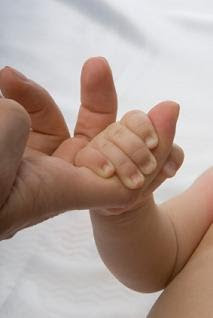 She often thought of those days, long ago, when she held him in her arms soothing him to sleep with a gentle lullaby. The shape of his little fingers that clenched tightly to hers, the softness of his skin, the warmth of his little body as he smuggled close to her heart; time goes so quickly.

He was her eldest son and brilliant by all accounts. Yet, in his youth he had grown lazy and rebellious. He had cast aside the religious beliefs that his mother had strived so hard to instill in him. Self-indulgence and the endless pursuit of pleasure had long replaced that guiding light; spiritual darkness was the direction he seemed to follow.

As his mother watched the path her son had chosen, her grief intensified. Yet, she never gave up on him. She prayed for him continually; morning and night she prayed. In anguish she consulted a bishop who had once followed a similar path before becoming a Christian. But, he could not help at this point because her son was not open to hearing the truth. Nevertheless, the bishop did console her by saying that "the child of those tears shall never perish", which she took as a sign from God. For nine more years he continued his behavior and his mother continued her prayers for his conversion.

This mother's name was Monica and her son was St. Augustine, one of the most influential thinkers in the entire history of the Church. ~

One of God’s greatest gifts to us is motherhood, for He has blessed a mother in such a way that she becomes a dwelling place for an immortal soul; not even the holy angels have been given such grace.

But with this gift comes tremendous responsibility. We must care for and nurture His little ones in the ways of the faith in a world that cares little for the things of God.

We must be an example to them of purity and virtue amongst those who have lost the meaning and value of such things.

A mother’s love is always constant, ever tireless and forever steadfast. Her love knows no boundaries. She gives her all for her children and would go to great lengths to help them when they are troubled or in danger.


Let us pray today for all mothers, especially those that struggle in their vocations that they find the strength and courage they need to embrace the many challenges that come their way by knowing that the Lord is always by their side. In Jesus name….

I was "tagged" last week, and tagged you in turn. Stop by http://crooked-lines.blogspot.com/2010/08/livin-on-prayer.html if you're interested in joining in. Looking forward to what you might have to say!

This is so beautiful! I love how you begin this reflection, until you mentioned the Bishop, I thought you might have been writing about yourself and your experience in motherhood.

What a difficult job we do have, to love someone so deeply, knowing that we will have to let go and possibly watch them reject our love and the lessons we tried to impart. But didn't Mary have it the hardest, to watch her son suffer and die on the cross?

Thank you so much for this!

You are so right Anne! Mary did have it the hardest!

At first, I thought this was your story, but when you wrote about the bishop, I knew you were talking about St. Monica. Beautiful story.

This is a very thought provoking post. Thank you for writing it.

Sadly many people take their parental responsibilities too lightly these days ... mothers as well as fathers.

This is beautiful Lisa....Thank you

Praying for mothers with you. That is an encouraging story about St. Augustine’s mom. Thanks for sharing.

Praying with you. What a beautiful story!