At least 532 have been healed in Medjugorje 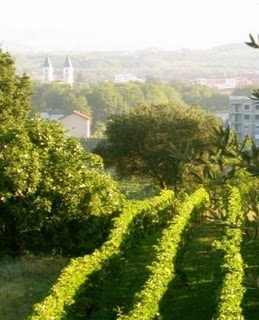 At least 532 have been healed in Medjugorje
by Jakob Marschner on Nov 3, 2011

On the average, next to one million Holy Communions were distributed per year in each of Medjugorje’s first 30 years of apparitions. More than 500 people think of Medjugorje as the place where they were healed from oftentimes incurable or even terminal disease, and about as many priests ascribe their vocation to a visit.

Key statistics of Medjugorje’s first 30 years of apparitions are revealing a parish not quite like most other parishes about the size of 4,000 parishioners.

540,000 visits were registred from Cardinals, Bishops, priests and nuns.

520 men became priests as a result of a visit.

123 women became nuns as a result of a visit.

First passed on by a Franciscan priest during the Medjugorje conference in Irvine, California, on October 21-23, last week these numbers were published on websites and blogs, and the numbers are indeed correct as of the 30th anniversary, Medjugorje parish archivist Marija Dugandzic confirms to Medjugorje Today.

With the number of clerical visits and distributed Holy Communions being the surest and most exact ones, an unknown number of healings and vocations have gone un-reported, and so the real number in both categories would be bigger, was it possible to know them.

The measures of the fruits of Medjugorje's
first 30 years are now being confirmed
by parish archivist Marija Dugandzic.
Photo: childrenofmedjugorje.com

Thank you Ed Sousa Sr. for sharing this post
Posted by Daily Grace at 10:11 AM

Thank you for sharing. I have never seen the statistics compiled like that before!

Amazing! God is good! It is good to read about how He is working in people's lives and how Our Lady loves us. Like Michael, I had never seen these statistics compiled like this. Thank you for sharing this.

Wow, that is fabulous news. I had no idea so many people received Holy Communion there. What a blessing indeed!